You are here: Home / Our Journey / Surprising Changes in the Last Decade: Family, Career, and Language
187shares

Hello friends, I hope you’re having a good start to the new year and decade! Thank you for stopping by and sharing your parenting and teaching stories over the past year! Looking back at last year’s most-read posts, I see that most of you share my passion for raising bilingual children, doing fun activities, and encouraging your child to read.

As we enter a new decade, I want to try something knew. I’m kind anxious about opening up, but I wanted to give some background on ups and downs (rock bottom, really) of the last decade – the events that motivated this blog. I have been surprised and humbled to see interest in my family’s stories that I felt nervous to write.

While sharing teaching tips and activities is relatively easy for me, talking candidly about life’s unexpected curveballs in front of lots of people is another ball game!

Your comments for Auntie’s Advice on Accents and Memory Journal with Letters to Our Children have given me courage to delve a little deeper.

(If it doesn’t bore you too much, I might try to write more of these posts in the upcoming year.)

During this decade, I got to fulfill my dreams of becoming a pediatrician, writer, mom, and teacher.

While all of this sounds good on paper, I didn’t know what my purpose in life would be for a long time.

For most of my younger life, I struggled with faith and cultural identity.

During college, my father suffered from cancer.

In 2010, both my mother and grandmother passed away.

While completing my pediatrics training in Boston, I visited my mother in California.

Little did I know I’d never see her again.

A few months later on Mother’s Day, my mom was hit by a car when she was crossing the street.

Despite spending her whole life caring for everyone around her, my mother died traumatically, alone with no family around her.

I took off a few months from work to deal with funerals, selling my parents’ home, the nightmare of probate in 2 states, and the unspeakable grief.

Years prior when my father died of cancer, I was determined to be a doctor. But the irony of being far from my mom when she died made me question everything.

Jason, my long-time fiancee, was my rock through everything.

Realizing life is short and will only get busier, we finally decided to get married.

I’m ashamed to admit – I never imagined marrying someone Asian.

Growing up, I had no Asian friends. The few I knew were bilingual, celebrated Chinese festivals, and seemed so into being…Asian. I couldn’t relate to their lives and felt a lot of Asian guilt around those kids.

Then I met Jason in medical school, and we clicked right away.

Okay, that’s totally an understatement, because it was one of those love-at-first-sight, head-over-heels situations.

Although his parents were Korean, we had so much in common, including hopes for our future family and how we would want to raise them differently.

The rest is history!

We finished residency and moved across the country to California.

I took a job as an attending physician, teaching residents and taking care of children at a busy hospital.

Jason and I also began to attend church and learn about God.

When we were out to lunch one day, Jason looked at me and said, “This is the first time in years that I’ve seen you happy.”

Related: 12 Bible Verses on Faith and Parenting in English, Chinese, and Korean

Birth of my daughter

When my daughter was born, my husband was working 100 hours/week. I realized that I could not emotionally and physically return to irregular hospital hours.

I joined a private practice but ultimately hung up my white coat.

After leaving clinical practice for medical writing (e-learning), I carried a lot of guilt for the career change.

But God closes doors so new ones can open.

We also hired our first nanny and decided our child’s second language would be whatever best the nanny could speak.

Initially, we had a Cantonese-speaking college graduate who decided the job wasn’t for her.

Then we ended up with the sweetest Korean nanny, a mom of 3 grown daughters, and our multilingual parenting journey began.

She was the role model that I needed during early motherhood, praying for us and providing faith-based reassurance.

We moved to our first home in a small, non-diverse Californian town, and I continued my medical writing job from home.

During this year, we had an English-speaking nanny, and my daughter rapidly forgot most Korean words.

Watching her lose a part of her so quickly made me wonder how my late parents felt when I stopped speaking Chinese as a kid.

I regretted that we didn’t have much connection to our heritage, and my children’s only chance was literally through me.

Therefore, I decided to study Mandarin Chinese and teach my daughter whatever I learned.

Transitioning to speaking the minority language was extremely slow and felt awkward most all the time. We mainly spoke English this year.

We welcomed the birth of my son, and during maternity leave, I began to speak Chinese more consistently.

A new wonderful nanny joined our family and gradually reintroduced Korean to my daughter.

Related: Raising a Bilingual Baby: 5 Things Parents Should Do

Because I could not find fun Chinese learning resources for my daughter, I started making Chinese printables and other hands-on activities. Also, my husband and most local friends aren’t interested in teaching their kids another language.

So in 2017, I wrote down 6 Compelling Reasons To Blog About Chinese Education and convinced myself to start this blog!

I knew that there were probably other people like my parents who gave up teaching their kids Chinese because they didn’t know how or what resources to use, or just felt nobody cared.

Through this passion project, I got the chance to meet wonderful friends like you! 🙂 This community means the world to me.

Big milestones include my children speaking Chinese almost as often as English.

Although I still make a lot of mistakes and have a lot to learn, I’ve improved from zero to fairly conversational. I’m also comfortable with switching languages in public without worrying about judgment from strangers.

My son is starting to learn how to read, while my daughter has been reading Chinese chapter books and enjoying copywork for writing practice.

Whenever we hit plateaus, especially with their Korean learning, these videos of my daughter’s Chinese reading progress remind me how far we have come!

Thank you from the bottom of my heart

These unexpected lessons and opportunities have taught me to be humble and grateful for our daily blessings.

It can be hard to see past storms, but there is a beautiful rainbow on the other side.

Sending you lots of love, grace, and encouragement in the new decade!

I'm a Chinese-American mom who is having fun teaching my children Mandarin Chinese while re-learning the language myself. I love coming up with creative, hands-on, and educational activities, and I hope these ideas help your children have fun learning Chinese!

Hi! I’m Betty, a Chinese-American mom, believer, pediatrician, and writer.  I’m having fun learning Chinese with my children, and I love sharing multilingual resources and teaching tips!  I hope these ideas can help your family or school! Read More… 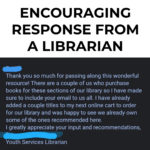 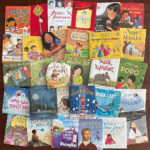 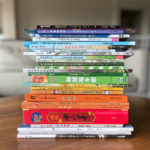 COPYRIGHT NOTICE: Unauthorized use and/or duplication of any content without express and written permission from CHALK Academy is strictly prohibited.  Excerpts, pdfs, images, and videos may be used only with permission, provided that full and clear credit is given to CHALK Academy / Betty Choi with appropriate and specific direction to original content.